While the origin of this holiday is to mark America’s independence from Great Britain back in 1776, you’ll find most Americans celebrate this holiday (also known as Independence Day) a little differently than you might expect.

Here are five traditions and ways this annual holiday is celebrated in the States:

All across the country, in big cities and small towns, you can find fireworks shows.

Many cities hold the fireworks on the 4th of July, but some towns choose to do it a few days before or after the holiday.

Can’t catch a fireworks show in person? Don’t worry – these shows are televised as well!

In addition to fireworks shows, in most towns across the US, you can find a parade full of marching bands, dancers, floats, and more.

These usually take place in the morning (with the fireworks occurring at night), with parade-goers lining the streets in their most patriotic apparel, and waving flags. 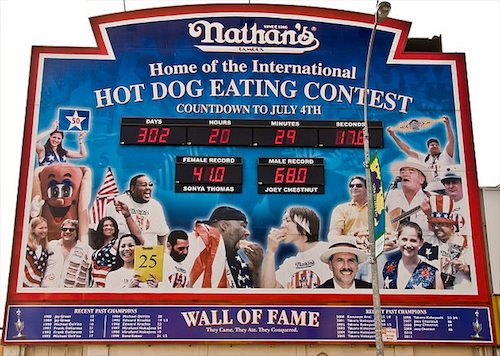 This event is so big that people from all over the world come to Coney Island to participate and this tradition will be 100 years old in 2016. Interested in participating but can’t make it to New York?

Many of Nathan’s Famous locations all over the country host their own local contests.

With much of the US covered in snow for four to six months out of the year, the Fourth of July provides the opportunity for some outdoor grilling and good, traditional American food.

Usually full of hamburgers, hot dogs, and American-themed cakes, backyard barbecues can likely be found in every neighborhood across the US. 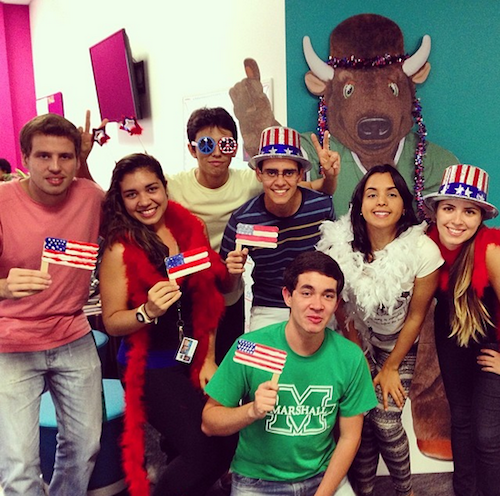 Fourth of July isn’t just spent barbecuing, but also with friends and family!

Whether you choose to go to the park, beach, or a friend’s house, you’ll likely be at a party spending time with the people you care about.

Whether it’s your first time celebrating this holiday in the States or you’ve been doing it for years, we hope you’ll be able to take part in some of the traditions listed above, especially having time to spend with friends and family.

Find out more about studying abroad by visiting INTO Study.