What are US college mascots?

In the United States, college mascots are all part of the university experience.

Larger than life, they could be an animal, person or object, and are hoped to bring luck and represent the university.

By the end of your studies in the US, you’re likely to be familiar with these popular characters across campus at sports and social events!

From rams to bears, read on to discover the mascots at each of our US university partners…

A post shared by INTO Colorado State University (@intocoloradostate) on Jul 6, 2018 at 11:00am PDT

Cam the Ram, a Rambouillet sheep, is CSU’s live mascot, looked after by student volunteers who run with him across the football field at the beginning and half time of every home game.

With his own Twitter account, you’ll find Cam at events all over campus. When he’s not getting students excited about events, he’s pampered on a ranch – the location is kept top secret to avoid incidents from rival schools!

You’ll see the Ranger Bear at sporting events, jumping around to get the crowd excited about the Drew Rangers’ team.

But don’t be scared of this 6ft bear – you can even request his appearance at your event by filling out an online request form. 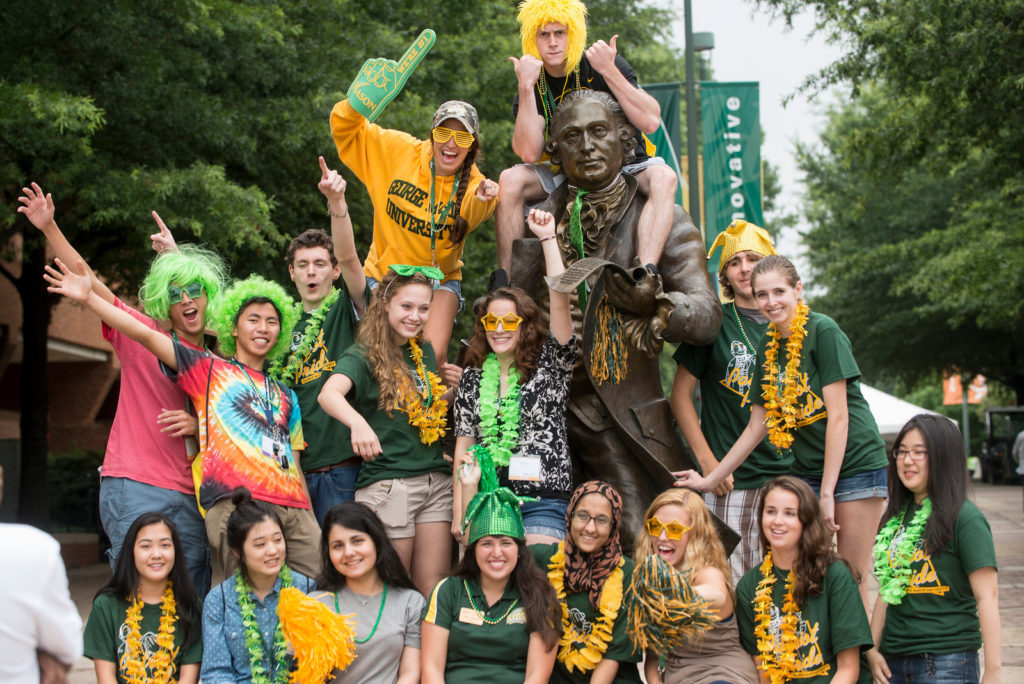 Always ready to pose for a selfie, the green and gold Patriot mascot is dressed in colonial clothing. But The Patriot hasn’t always been George Mason’s mascot.

From 1996–2008, the University was represented by Gunston – a dark green, furry mascot. He’s now retired and lives in a glass box outside the basketball arena, teaching sustainability and environmental conservation to visiting school children. 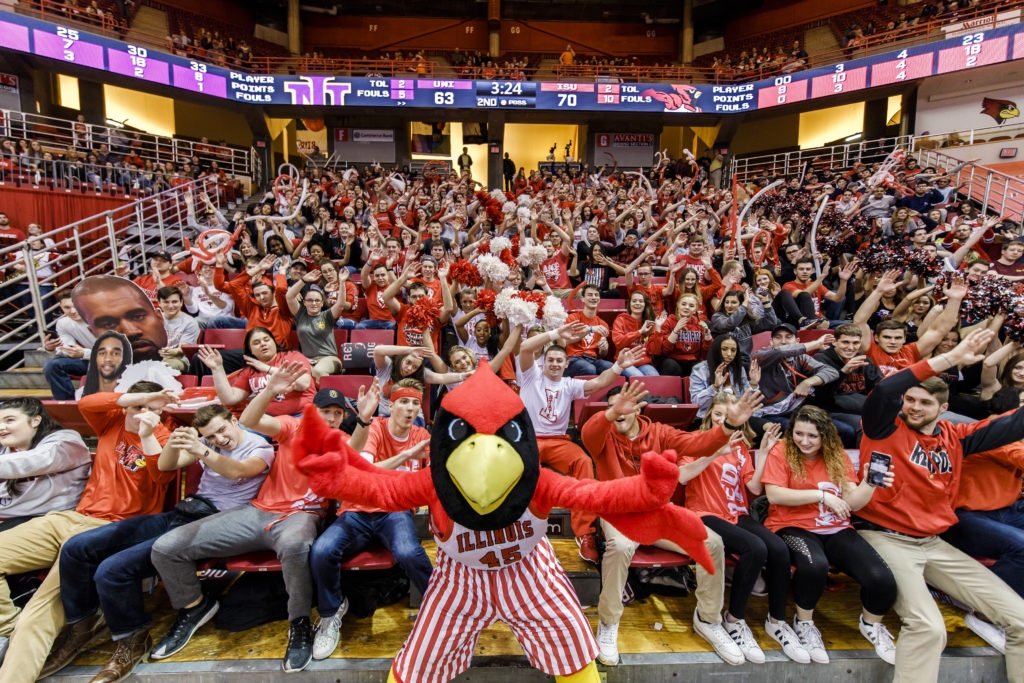 While the Redbirds have been Illinois State University’s mascot since 1923, Reggie Redbird didn’t appear on the scene until 1981. Like all mascots, Reggie is at all of the athletic events on campus.

Reggie is popular among students – this oversized red bird has even got a Facebook page dedicated to him! 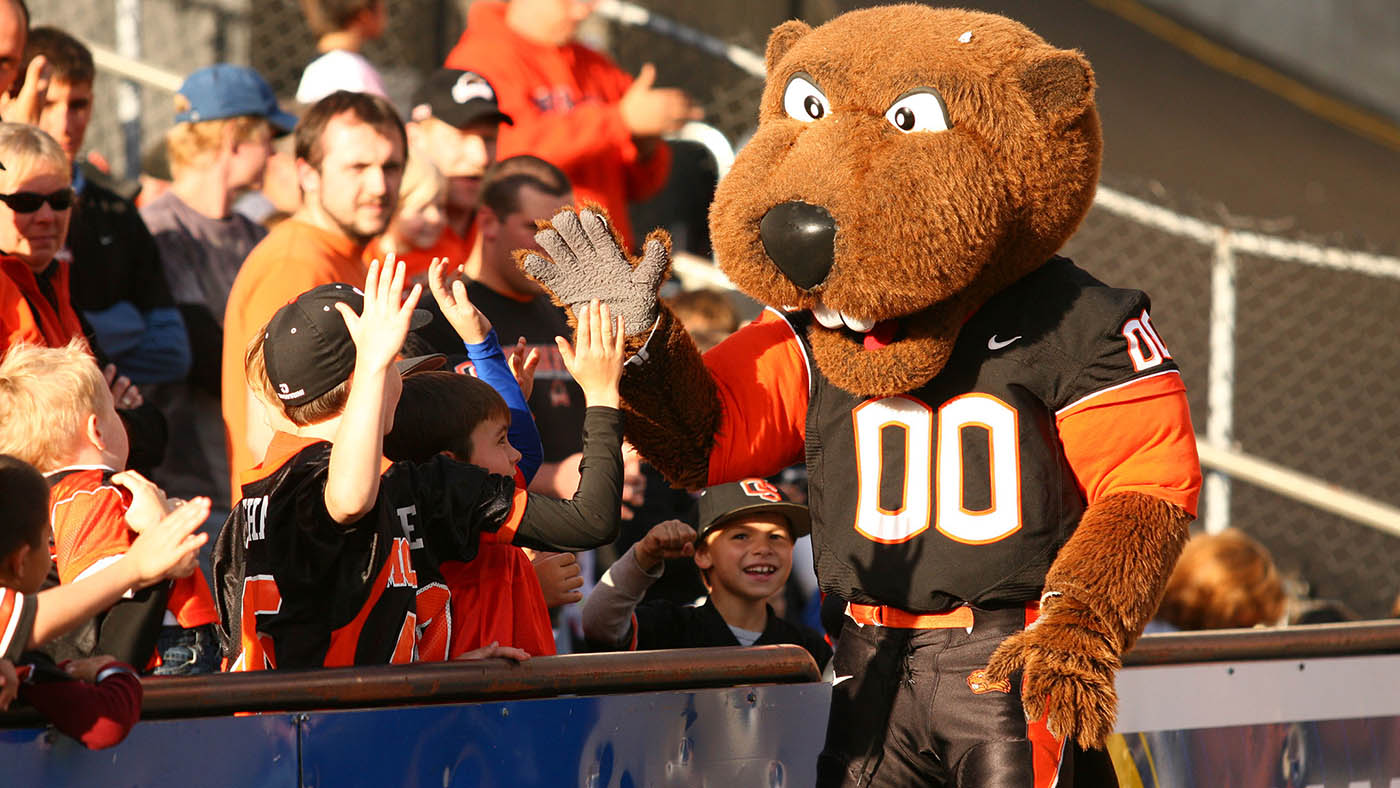 First spotted in a 1941 yearbook, Benny the Beaver is a tall, fuzzy beaver dressed in an OSU jersey.

He’s been through various designs, first drawn as a caricature by a former Disney employee. Most recently, OSU teamed up with Nike to feature a more modern beaver on their sports merchandise, reflecting Oregon’s outdoor culture. 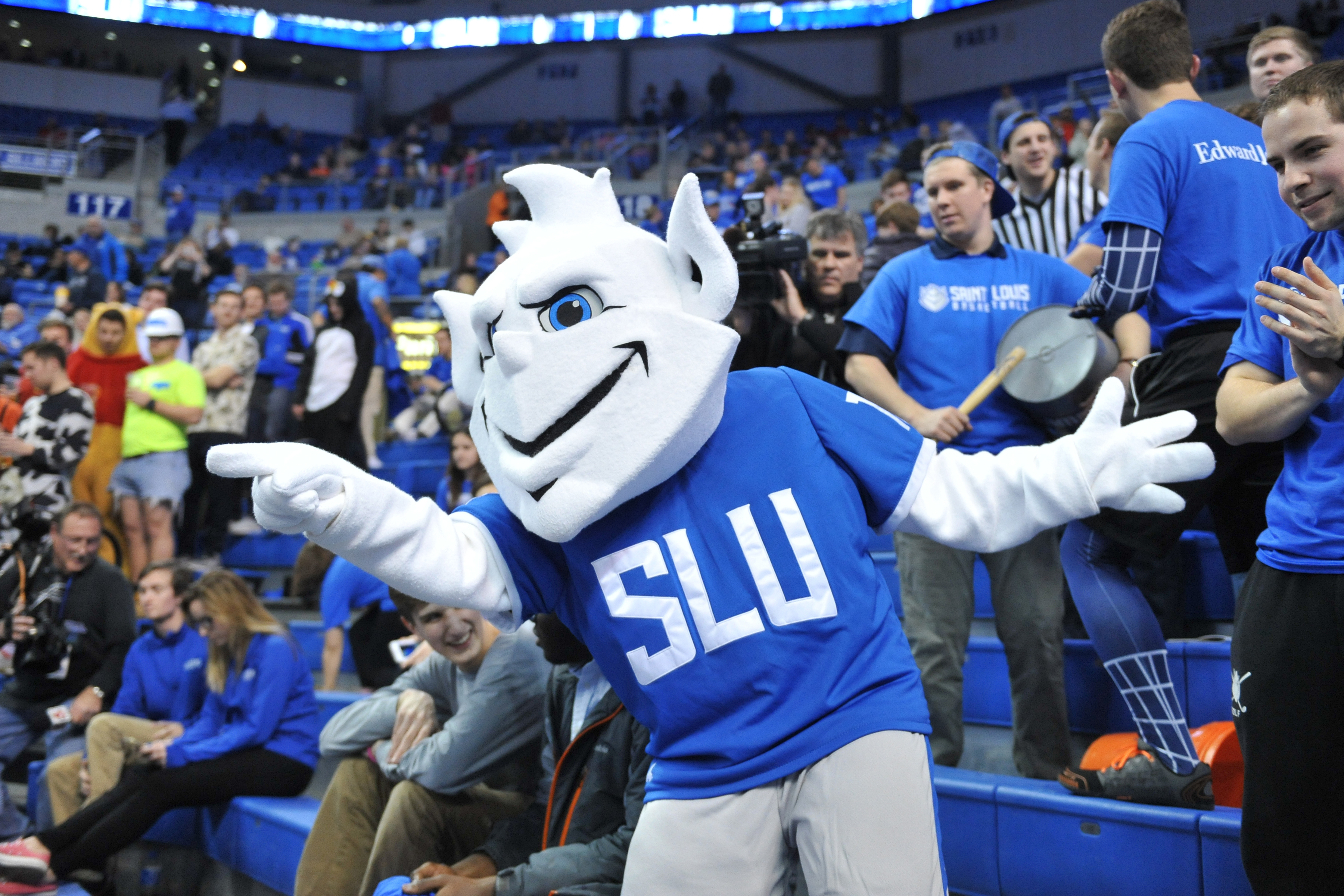 The Billiken is not your typical mascot! A mythical good-luck figure, the Billiken was invented by an art teacher in 1908. A national sensation, he was reproduced as dolls, sweets, belt buckles and more.

Saint Louis University is the only university to claim the Billiken as its mascot, bringing luck to its sports teams. He’s a noted good luck charm in other parts of the world too – there are Billiken statues in Japan and Alaska.

Around for nearly 70 years, Suffolk used a live ram for the mascot’s debut appearance. Hiram the Ram was named after one of the University’s trustees – who thankfully took being named after a ram in good humour!

The University of Alabama at Birmingham – Blaze the Blazer 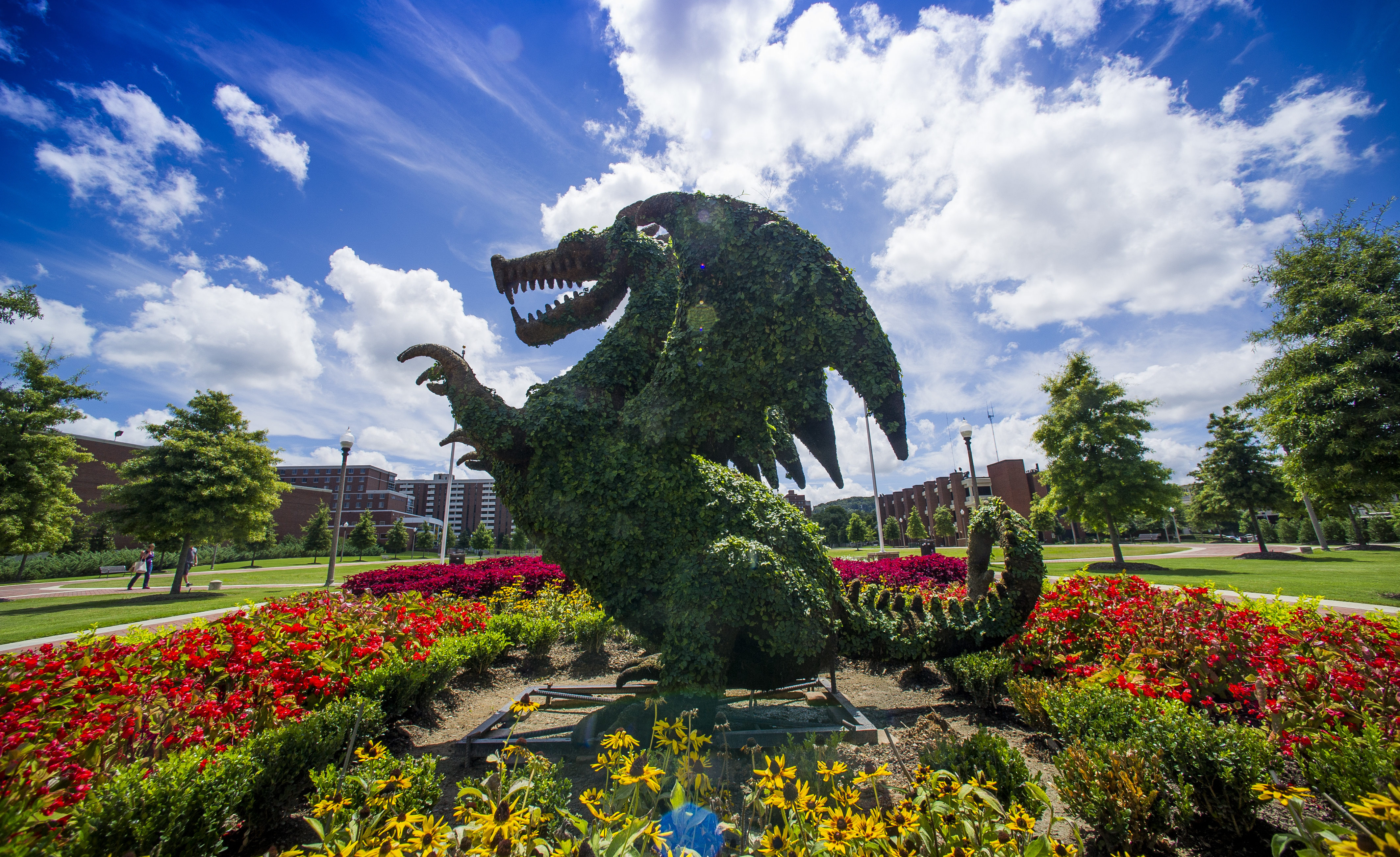 Game of Thrones fans rejoice – we have a dragon among us! Representing the UAB Blazers, Blaze is a green, fire-breathing European dragon.

You’ll find Blaze in the heart of campus as a large dragon-shaped topiary.

Or you can buy a smaller, cute cuddly version in the campus bookstore.

The University considered a chicken, rooster and camel as potential mascots. In the end, inspired by the cattle-raising heritage of their state, Rocky the Bull was chosen.

Rocky is a fun and lovable mascot with a big personality.

Watch out for him at events ­– he loves to tap on the shoulders of unsuspecting students or photobomb a selfie or group photo!

You may also like to read about the real US university experience or find the perfect US study destination for you here.

To find out more about your study option in the US, click here.