University societies: your home away from home

Like most students when they first arrive in a new country to study abroad, Lorenzo from the Philippines felt shy when he set foot in Exeter to begin his International Year One in Management and Economics. However, everything fell into place when he found a piece of home in the UK, at a university society.

Societies are a great way to meet new, like-minded people. After all, everyone’s in the same boat – it’s amazing what a simple ‘hello’ can lead to…

Upon arriving at INTO University of Exeter, I was overwhelmed by the number of excited people who approached me, handed me flyers and tried to persuade me to join their societies.

I’d previously heard that university is the best time of your life, but given my awkwardness, self-consciousness and introversion, I was yet to be convinced.

The fact that I was an international student only intensified my uncertainty. Doubt crossed my mind multiple times and I was afraid that I’d make a bad first impression. I didn’t want to make a fool out of myself.

My shyness consumed me during my first few days and I was still reluctant to join societies. This, coupled with homesickness, made me long for the comforts of my own home.

Finding solace in the Filipino Society 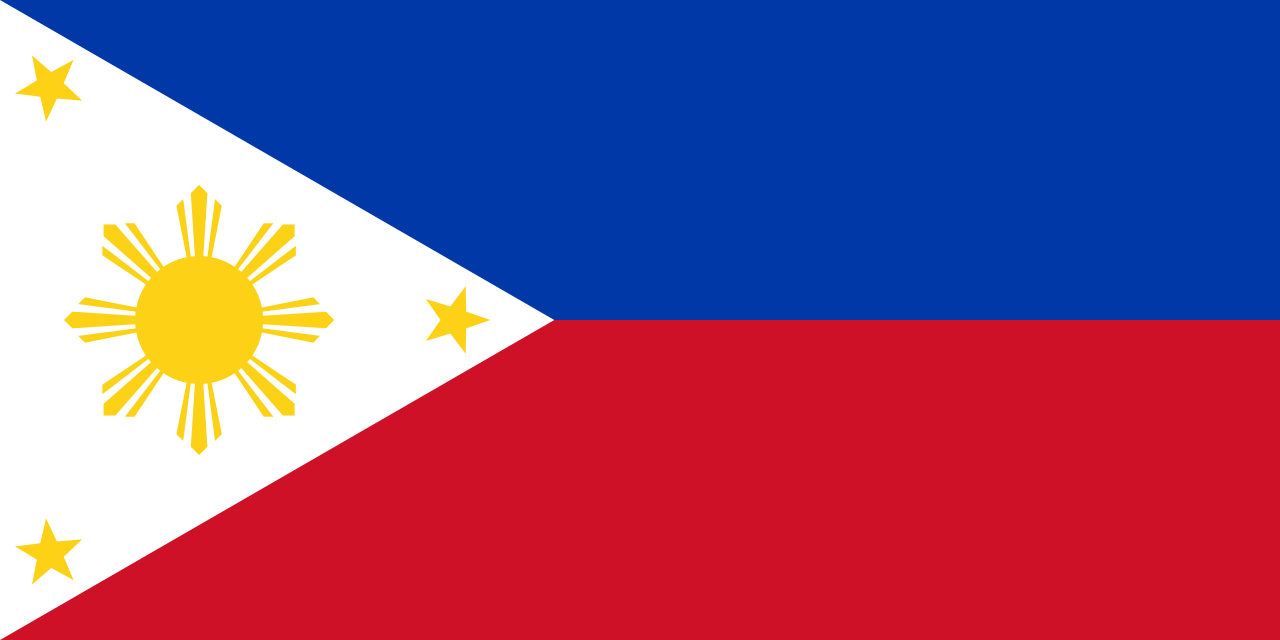 When Freshers’ Fair finally came around, in my mind this was my last chance to step out of my shell and join a society.

I walked up and down rows and rows of booths as if it were a maze until I finally came across a society I could identify with – the Filipino Society.

Finding the courage to say ‘hello’

Attending their first event was nerve-racking as I didn’t know anyone. I felt like I was back to square one, still afraid of making a bad first impression.

That’s until it hit me that making no impression at all would be even worse than making a bad impression. I finally mustered up enough courage to say ‘hello’ to someone and even engaged in some small talk.

It went so much better than I thought it would – I was ecstatic. It turns out that I am a ‘talker’ and can talk about anything under the sun. All I needed was a little push.

Coincidentally, the first person I spoke to was the Vice President of the society. We hit it off immediately and talked about the Philippines and his first week in Exeter. I knew right then and there that I had found my home away from home. 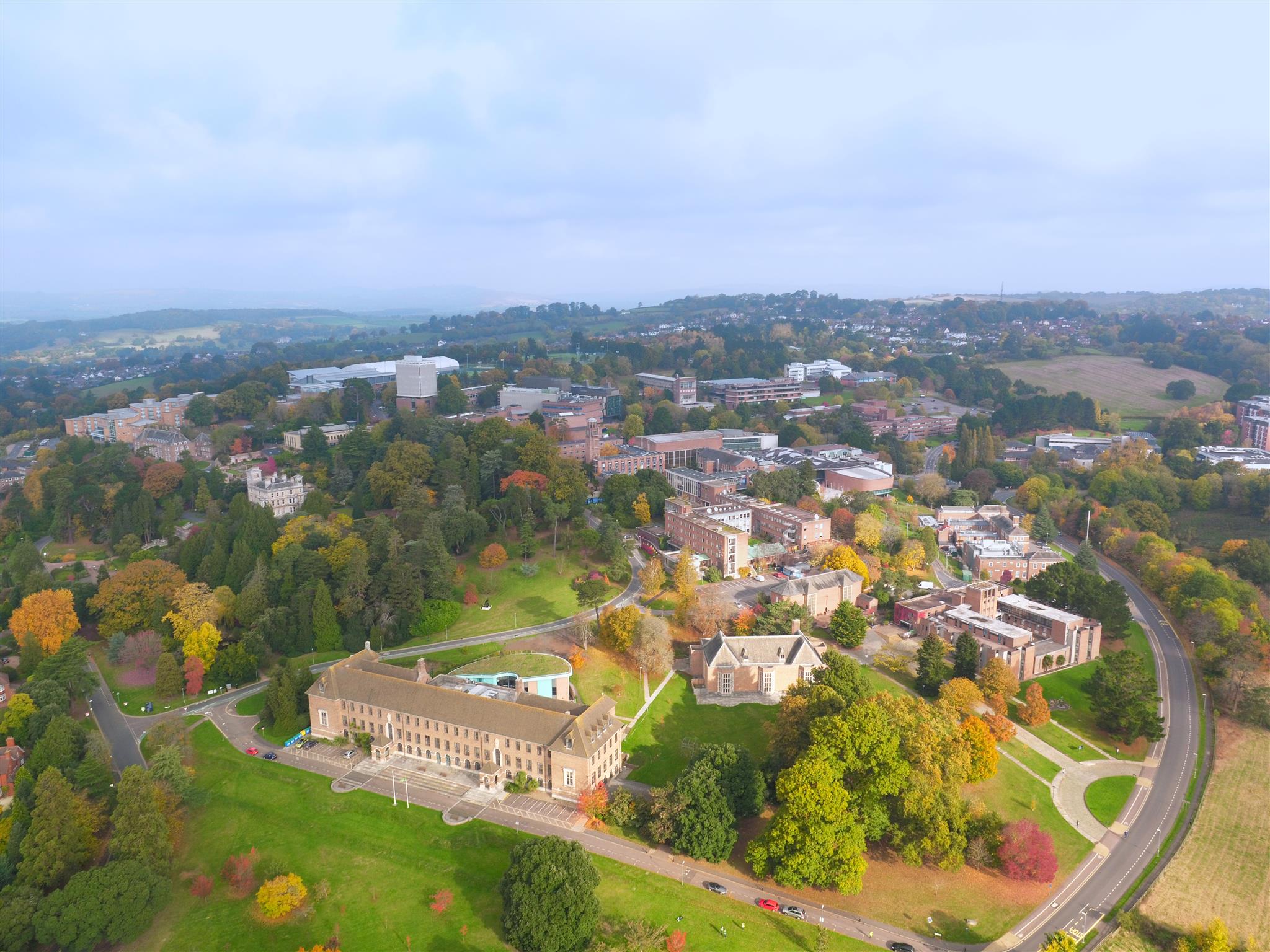 An aerial shot of the University of Exeter campus

Reflecting on my journey

Looking back now, I realise that I’ve come a long way from being that wary first-year… I’m now the current president of the Filipino Society!

University is a new experience for everyone. One of the most important lessons I learnt was to avoid being paralysed by fear. Most of the best opportunities lie far beyond our comfort zones. The right mindset is needed to take a leap of faith. Talk to everyone and make new friends.

If you’re an international student who is (initially) apprehensive like me, find solace in groups that remind you of home or people you have common interests with. 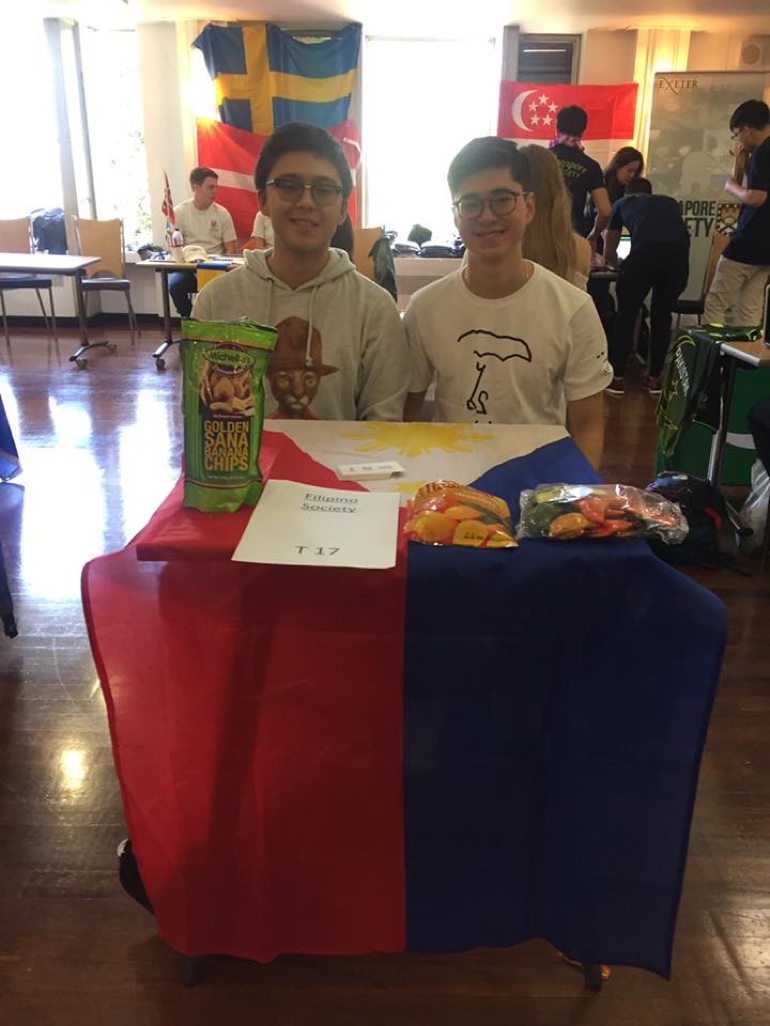 Lorenzo (right) with another member of the Filipino society

Being a part of this year’s Freshers’ Fair, I realised the 180-degree turn I’ve made during my time in Exeter. I was the one giving out flyers and talking to new students about our society. It was a huge shift, indeed.

Who would’ve thought that I would become what I was most afraid of and, most of all, enjoy it?

Lorenzo is now studying Flexible Combined Honours Management and Sustainability at the University of Exeter.

Have you got what it takes to follow in his footsteps? Find out more about studying abroad on our website.

You may also like to read how a university society helped Elvira from Indonesia find her passion or 7 ways to live like a local in Exeter.

#INTOfriends @intoexeter have been exploring the South of England and had a great trip to the @unesco World Heritage site @stonehenge. Studying abroad can take you to places you could never imagine going to, even a wonder of the world! #INTOExeter #INTOStudy #wonderoftheworld #Stonehenge #UnmissableStonehenge #summer #history #archaeology #neolithic #blueskies #clouds #studyabroad #study #wanderlust #Salisbury

Hi everyone! I’m Enzo, INTO University of Exeter’s Marketing Assistant. I love sharing stories of life here in Exeter and all the opportunities that await for you. In my free time, I invest in crypto currencies and care for my tortoises.