New Year traditions from around the world 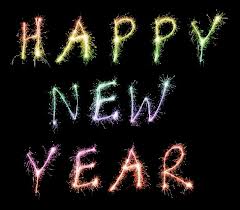 New Year’s Eve is celebrated across the world on the 31st December. It is seen as a time for leaving the past year behind and welcoming the beginnings that the coming year will bring.

Different countries bring in the New Year in a variety of interesting ways, and because here at INTO we love all things international, today we’re counting down her top ten New Year’s customs from across the world.

In keeping with the fresh start that the New Year brings, making a New Year’s resolution is a worldwide tradition that has been going on for about 2,000 years. It involves making a promise to change something in your life for the better, which might be to exercise more, or go to every lecture and always do your homework!

This custom might be easier for you to replicate at home. In countries across South America such as Venezuela, Bolivia, Ecuador and Mexico, New Year’s Eve revellers wear coloured underwear to bring them good luck in the coming year; red if you are looking for love and yellow if you wish for a prosperous 12 months. 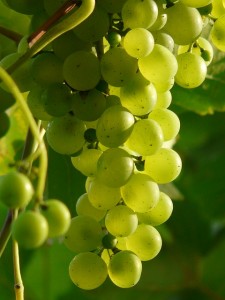 A Spanish tradition is to eat 12 grapes on the countdown to midnight, one every second, to ensure a happy year is on its way. A similar tradition happens throughout areas of South America, where they make a wish for the coming year with every grape they eat. As you can imagine, it’s pretty difficult to finish eating 12 grapes in 12 seconds so everyone starts the New Year with a mouthful of grapes!

In Scotland the celebration of New Year’s Eve is called Hogmanay, and Edinburgh hosts the biggest street party in Scotland which lasts all night. In other areas of Scotland, they have a custom known as ‘first footing’ in which people visit their friends and neighbours after midnight bringing gifts such as shortbread and coal, which are intended to bring the household good luck. Traditionally, a dark haired, tall man is preferred to be the first-foot over the threshold. 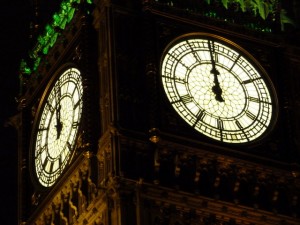 In areas of England, first footing is customary like in Scotland, but the biggest New Year’s event in the country happens in London. Ben Ben chimes ten times to mark the countdown to midnight, and then a firework display around the London Eye will begin. It gets very busy with around 250,000 people going there to celebrate, and people across the country tune in on the radio or TV to hear Big Ben’s famous countdown.

Colombians have a unique way of symbolising the end of the Old Year. As a family, they make a dummy of an old man to represent the old year, which they call ‘Mr Old Man’. The doll is dressed in old clothes from the family, and stuffed with material and maybe some fireworks to make it more exciting. At midnight they burn Mr Old Man to forget any bad memories of the year just gone. 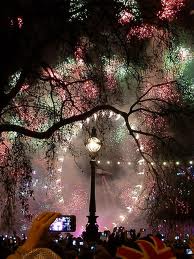 The party at Times Square in New York is even bigger than the firework display on the Thames in London. The free party in the Square lasts the whole evening, with famous bands and musicians entertaining the crowd of over 1 million people, who all gather to see the Times Square ball drop at midnight. This tradition started in 1907 and the current ball is 12 foot in diameter and is covered in LED lights. At 11.59pm the ball begins to drop and it falls 70 feet in 60 seconds. On the stroke of midnight, nearly a tonne of confetti explodes over Times Square.

Lots of chairs are needed for New Year’s Eve in Denmark, as it is customary to jump off a chair at the stroke of midnight. The idea behind it is that by jumping into January, you are jumping away from any bad spirits that may try to follow you into the New Year. Another Danish tradition, which might seem a bit weirder, is to smash plates on the front doors of your neighbours and friends to bring good luck to the household – so if you find lots of broken plates on your doorstep, it means that you have lots of friends! 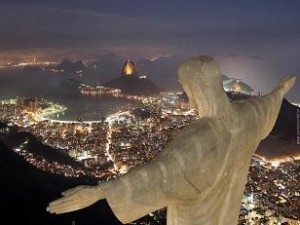 In Brazil, if people live near a beach, after midnight they go to the sea and jump seven waves before throwing flowers into the water and making a wish for the coming year. The belief is that the goddess who protects the sea will grant them their wishes. Brazilians believe lentils symbolise wealth and prosperity, so they eat them on New Year’s Day, the 1st January, to bring good luck and fortune.

At the top of our list is the great tradition of singing ‘Old Lang Syne’ at the top of your lungs just after the clock strikes twelve. Carried out in mostly English-speaking countries across the world, everyone at the party forms a circle and crosses their arms across their chest to hold hands with the people either side, and breaks into a hearty chorus of the song, which is originally from a Scottish poem written in 1788 by Robert Burns and made a New Year’s tradition in America in 1929. It’s commonly known that nobody knows the actual words to the song, so it’s easy to get involved with.

How do you celebrate New Year’s Eve in your country? Why not tell us on Facebook? And if you like this blog, don’t forget to share it with your friends!