What Wendy learned at the Cheltenham science festival

Wendy, from Colombia, has been studying at the University of Gloucestershire and lets us in on one of her favourite memories so far… 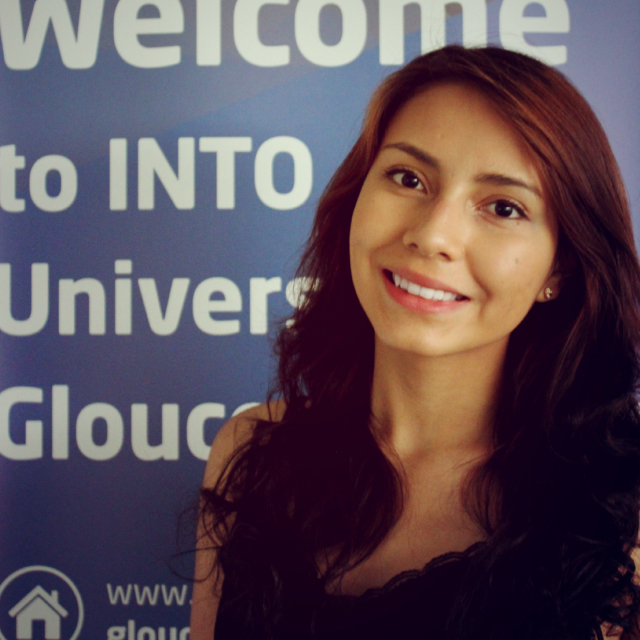 “Cheltenham holds lots of different kinds of festivals every year like Jazz, Food and Science. As an international student, each festival is a new opportunity to learn about cultures as well as practise our English.

This year, I went to the Science Festival and it was amazing.

Universities from cities all over the UK came here to show their projects and teach us a little bit about science; in my case that was something completely new because my degree is in another subject field! 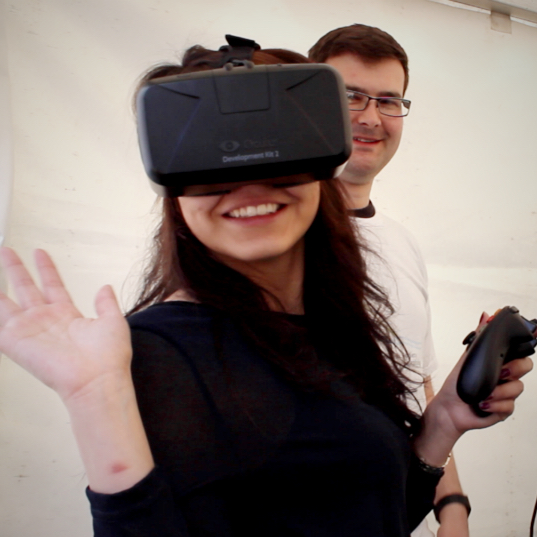 Wendy has an immersive experience with the Oculus Rift!

Everybody was enjoying their time at the festival, listening to how some machine works or discovering how simple things such as a mirror can create a hologram.

Despite all the incredible projects, my favourite part of the Science Festival was the dinosaur exhibition. 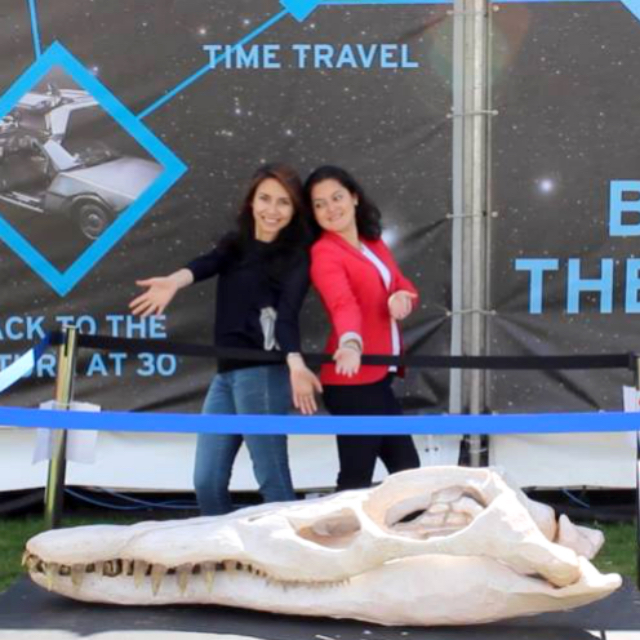 I learned so much about how these extinct animals used to live; which one was herbivorous or carnivorous and how the palaeontologists study the evidence that has been found around the world.

All of a sudden, a film was projected on the ceiling about the creation of the universe; the room got dark and the stars appeared above us and it was the best moment so far. 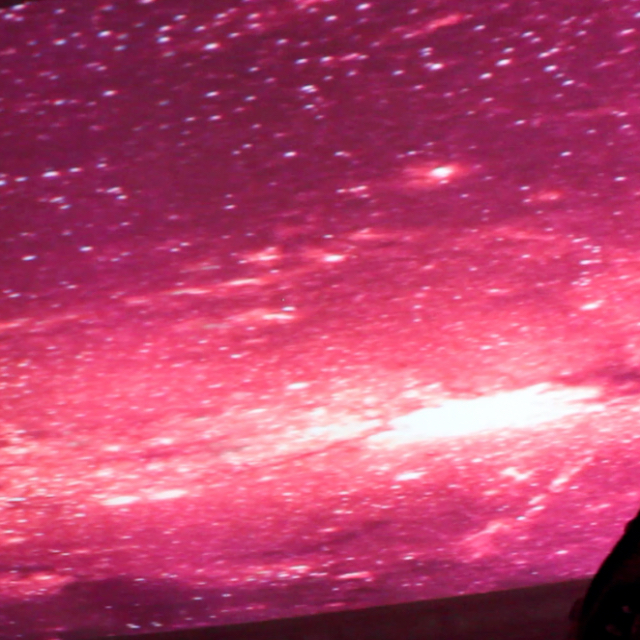 More than learning about science, I had the opportunity to learn about how to resolve our current problems, especially weather problems.

One project from Cardiff showed how sea or river level increases can affect nearby towns. Flooding is one of the biggest problems in my country and for us it is really important know how to prevent the destruction of towns that are near to rivers and the sea. 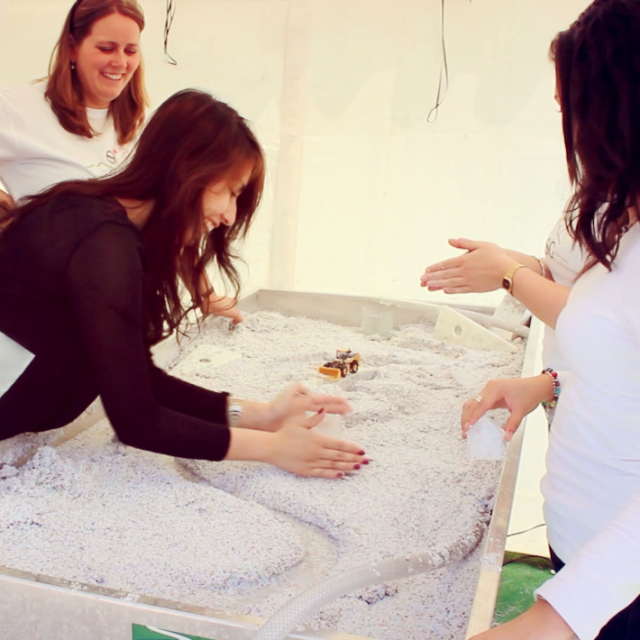 The project was a simulation where you can see which areas are in more risk around the river and where protection is needed.

Cheltenham has loads of fun events like the Science Festival to explore while you’re studying at the university. 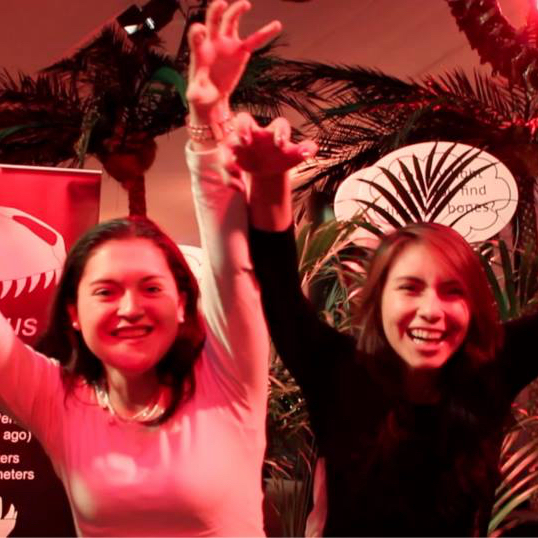 Undoubtedly, the best part of my experience here is meeting wonderful people who make me a better person day by day – I’ve had the best six months of my life living here!”

To get even more of an idea of what you missed at this year’s Cheltenham Science Festival, check out this video from Wendy’s experience:

If you’re interested in studying at the University of Gloucestershire, please speak to your Education Counsellor.

Read more of our students’ adventures with ‘My first week studying in the UK’ from INTO Exeter‘s Janet, or ‘Visiting Google’s London headquarters’ by Tomide from INTO London.