Yup, it’s true – INTO has officially gone Gangnam Style (well let’s face it, it was only a matter of time).

On 6th November, INTO University of East Anglia students assembled on campus for a Gangnam Style flashmob. Watch it in our “Psy-inspired” video above, which was filmed across ten UEA locations and even stars Vice Chancellor, Professor Edward Acton!

The flashmob, which included both INTO and UEA students, performed in the rain while being cheered on by a crowd of hundreds. An unofficial video of the event generated over 60,000 YouTube views within 48 hours. 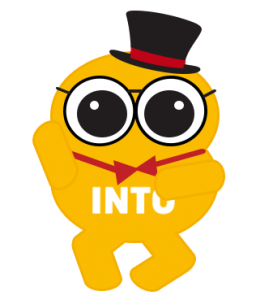 INTO does Gangnam style

The group spent four weeks perfecting their moves under the expert guidance of INTO graduate and “Gangnam Guru”, Kurt Lee, who says: ‘It’s been great fun getting people together to do this ridiculous yet energetic bundle of madness of a dance!’.

INTO UEA team member, Rachel Watkins, also took part and said that it demonstrated ‘the close friendships and fun spirit of our INTO centre’.

We have a second video too! Here’s the full INTO UEA Gangnam Style flashmob:

Both videos were directed by Iona Meng and filmed by Interimstudios.

We’re sending out a big cheer to Iona Meng and Rachel Watkins from the INTO team for organising this event. We’d also like to thank our flashmob stars and their choreographer, Kurt Lee. And a very special thanks goes to Professor Edward Acton for taking part.

Find out about studying at INTO University of East Anglia.