Fashion focus: the 7 best street style blogs from around the world 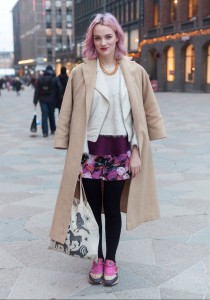 Meri, from Finland, on the Helsinki-based street style blog Hel-Looks

Studying abroad isn’t just about…studying. We know you’re interested in looking glam too!  So we’ve asked INTO’s Kate Standing to round up the best street fashion blogs around – and because we love all things international, she’s put a global spin on the search…

Hel-Looks (Helsinki, Finland)
This is the best street style blog if you want to take some notes on staying stylish as well as warm (UK international students take note)! Layers, boots and woolly hats are staples on the Helsinki-based blog Hel-Looks. Established in 2005, this blog trails the streets of Finland’s capital for “individual, unique looks”. A nice touch is that people are asked about the outfit they’re wearing and how they identify their look.

Another Garçon (London, England/Glasgow, Scotland)
This blog is one especially for the boys! Another Garçon is the side project to its very successful big sister fashion blog, Les Garçons de Glasgow, but focuses exclusively on fashion trends for men and male street style. Its founder, Jonathan Daniel Pryce, is originally from Glasgow but is now based in London – although he loves to return to his Scottish roots and frequently gives a nod to the street style of Glasgow (where INTO Glasgow Caledonian University is located).

Keisuke in Doc Martens and shorts on the Tokyo Faces blog

Tokyo Faces (Tokyo, Japan)
Tokyo Faces is based on the streets of Japan’s capital city. With one of its founders from Sweden and the other being Tokyo-born and New York-raised, this blog captures the exciting styles of the locals, which often mixes Eastern culture with Western style.

Urban Weeds (Portland, USA)
Urban Weeds is based in Portland, Oregon (just 90 minutes from INTO Oregon State University). Established in 2009 by commercial photographer Lisa Waringer, Urban Weeds shows the casual style of Portland locals who have a soft spot for vintage and thrift store finds. 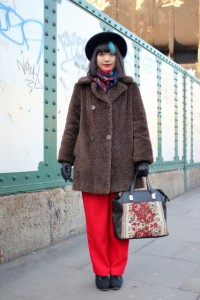 Style East (London, England)
From London Fashion Week to the streets of East London, Style East documents how many different styles can be found in just one part of this city so famous for its fashionable edge. Style East has a unique charm because of the commentary that its founding blogger writes about each outfit, which really adds a personal touch to the blog.

Wendy’s Lookbook (Los Angeles, USA)
Wendy’s blog, Wendy’s Lookbook, is a photo diary of her outfits that look like they’re directly out of a glossy fashion magazine. Wendy’s blog pays close attention to the latest fashion trends, and as she’s based in LA where the sun always shines, it’s a great fashion blog for the summer. Wendy also has a brilliant YouTube channel with video tutorials on everything, from how to wear the latest accessories to beauty and hair tips.

You might also like: 10 ways to have fun for free and 6 ways to eat out cheaply on a budget.

Interested in a career in fashion? Read our interview with Nicola Phillips of major fashion chain New Look.

Which country or city do you think has the best style? Share your street style photographs with us on our INTO Higher Facebook.