INTO University of South Florida celebrates the World Cup 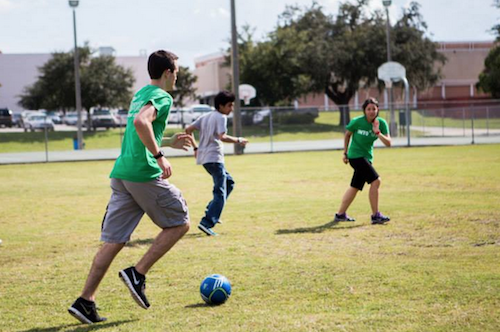 The final games of the World Cup are happening over the next few days! We hope that all of our students and centers have had fun watching the games and have especially enjoyed sharing their World Cup photos with #INTOworldcup!

Which of our centers was hit the hardest with World Cup fever? INTO University of South Florida!

INTO USF turned the world’s biggest sporting event into an exciting and fun experience for students, staff and faculty:

▴ A classroom at the INTO USF Center was claimed for an entire month just for World Cup viewings, complete with couches, chairs and tables, as well as stadium wallpaper to create a unique atmosphere perfect for World Cup-watching.

▴ During the opening game, INTO USF had a party, with an exciting match up on the television, and food and drinks, including some delicious cupcakes.

▴ Throughout the World Cup, students were encouraged to come watch the games on the big screen during Center hours, and of course, cheer their team on.

Here’s what some of our friends at INTO USF had to say:

I’ve enjoyed coming to the INTO USF Center to watch the games so much! I love the idea [of the World Cup viewing room]!” 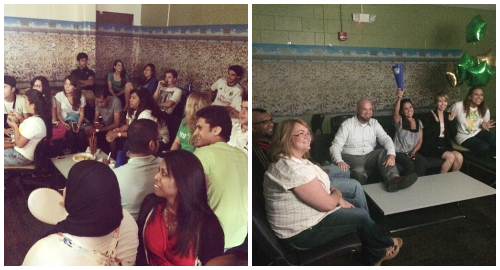 This is the best idea I have seen at INTO USF. I live with an American family, and they are not that interested in the World Cup, so it is very helpful to be able to watch the games here and it makes me feel great. Good luck, Argentina!” 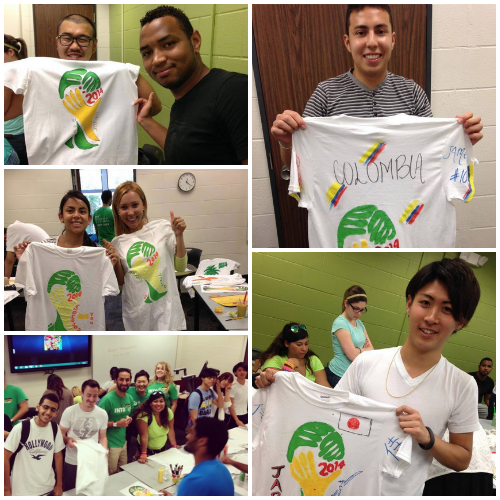 I loved to be able to watch the World Cup games with my new INTO friends.”

We hope that everyone at all of our centers across the globe had a wonderful time watching the World Cup with their friends!

As the World Cup comes to a close this weekend, who do you want to win?