Two students from the University of Gloucestershire were lucky enough to get the chance to hear former US presidential candidate Hillary Clinton speak about politics, feminism and equality at this year’s Cheltenham Literature Festival.

Sponsored by the University, this special event, coincided with the launch of Hillary’s book, ‘What Happened?’ describes the ups and downs she had during the US election campaign last year. 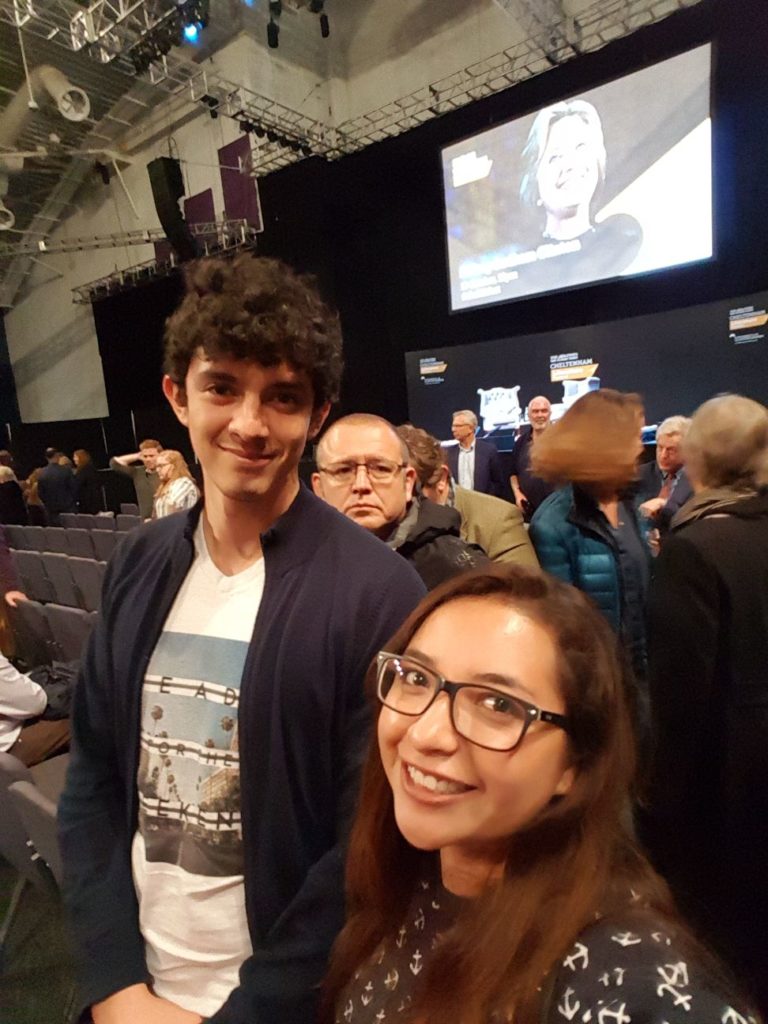 Lots of students entered a prize draw for two tickets to the event and, by coincidence, the winners were both from Colombia! 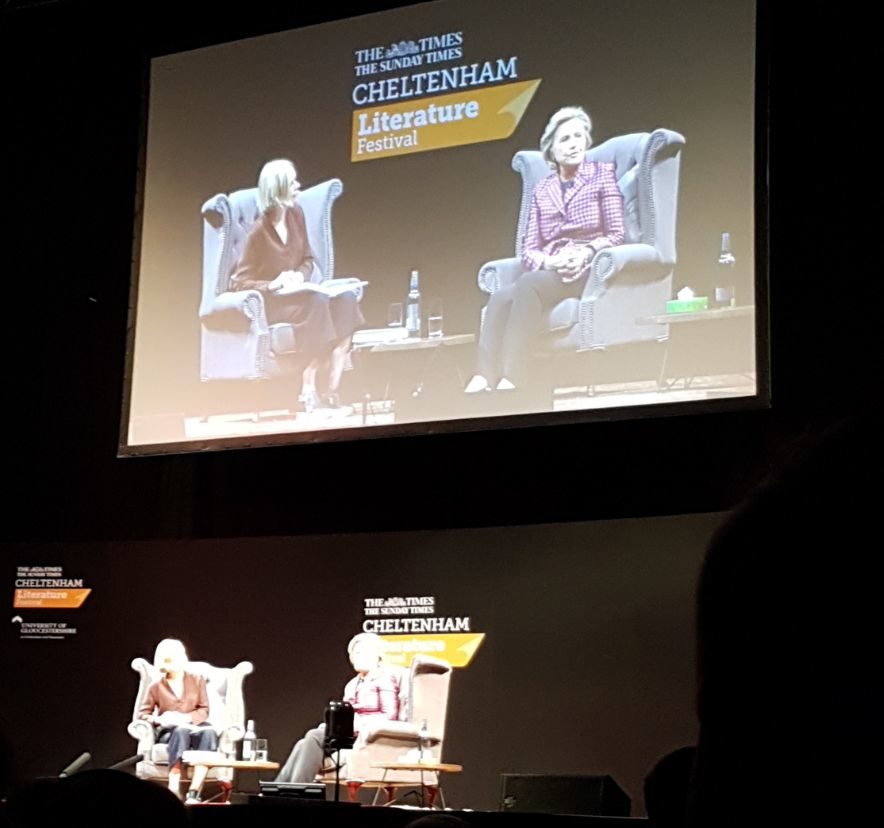 The auditorium was huge and we were in the fifth row, we were really close. Hillary came in and was interviewed about her new book. After that she started to talk about other things, like her life and how she felt after everything that happened with the election.

She talked about social media and how it’s affecting politics and economics. You may think it’s just a way to socialise, but it’s a way to influence people’s decisions. That makes me think about it and be more careful.

The thing that inspired me most was her talking about feminism – encouragement and empowerment for women. When I go back to my country, I want to be part of the change. I feel motivated!” 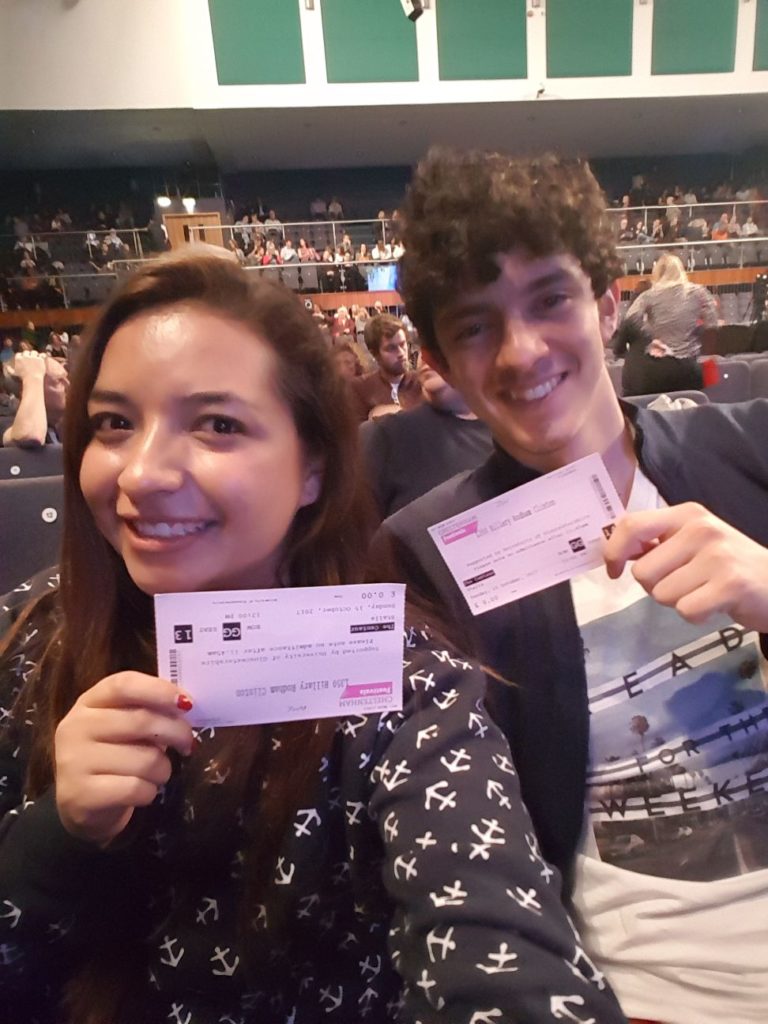 Hillary talked about equality, how it really matters and how it should be talked about in schools. Every person has something to say. A woman can have an idea and tell people, but because she’s a woman means it may not be really listened to. If a man says the same thing, it’s listened to.

I really liked that she was talking informally. She was talking about these deep subjects, but talking like a normal person, making jokes. I think the experience taught me that you can recover from a big failure.”

If you’re interested in studying at the University of Gloucestershire, please speak to your Education Counsellor.

You may also like to read Vanessa’s story about getting involved in UK university life or Taís story about studying in Cheltenham.